Yes, I’m closing in on 2000 tweets. It’s at 1997 as I write this and I didn’t want to just let the milestone pass with no recognition.

It’s really not such a big deal. I’ve seen many others with many more tweets. And just saying a lot is not really a reason for celebration, but somehow, I think hitting this milestone says something about how I’ve embraced the social web, how I’ve opened up and decided it’s OK to share many of my thoughts, ideas, and opinions on a very public stage. In fact, I understand all my 2000 tweets along with the other 20 Billion out there are being archived in the Library of Congress. It would make the first time, to my knowledge, that the Library of Congress cared anything about what I had to say. That’s for sure.

And tweet, I have. It started as a trickle. I found about a dozen friends to follow. I kept my tweets protected. I would only accept followers if I knew them. I continued this way for about 7 months then something snapped. I had about 40 followers at this time and was starting to get engaged in a global crowd working on enterprise social media applications. I was beginning to have some interesting conversations and meeting like-minded people all over the country and soon all over the world. I'm not sure why, but all of a sudden, I decided to open it up. I remember another friend said (through a tweet), go for it. You’re in for a fun ride.

So what have I tweeted about? Funny, they come and go so fast, I don’t really remember most of them. There are a few however, that seem to endure my memory. Most of them are interesting observations that my “following” crowd has sent my way. I find many of them useful and add my 20 character analysis and send them on. Most of these have something to do with new developments in Social Media, Social Networking, 2.0, and Social Business in general. I’ve found so much information in blogs, articles, surveys and such that have enriched my understanding of this quickly changing landscape.

Then there are the Apple tweets. You see, I got an iPhone about 16 months ago and have been enamored with advances in mobile technology ever since. I followed closely the announcement and then the hoopla around the release of the iPad (ending up buying mine on day 1 from the tweet peer pressure). Then there was the leak on the iPhone 4. I remember tweeting something like “I wonder of this was an accident, or some marketing ploy by Steve Jobs”. I continue to listen to and chime in on the iPhone vs. Android debate. I don’t really care which is best, but rather enjoy the advances brought on by competition.

Then there was the Google Buzz debacle. I remember ranting about how the introduction of Google Buzz exposed the private mailing list of the early adopters. In some cases revealing secrets that were best kept secret. That was the time that @jowyang tweeted that Google Buzz was like an old girlfriend. I chimed in that it was more “like a spited girlfriend who shared all your secrets with the world”. That one got lots of mileage and all of a sudden Jeremiah and I were sharing the RT rounds. It was nice, if only for a brief few days, to be in the same company Mr. Owyang.

I started noticing some of my peeps tweeting about their political views, their religious views, and many topics that would be too sensitive for the office, or even for happy hour. But I found that they tweeted nonetheless and the community embraced their openness, sometimes agreed, but never chided anyone for truly speaking their mind.

I thought, heck, I should share some ideas too. That’s when the Sunday Series started. So, 31 of my 2000 tweets have been links to weekly mp3 messages, sharing the simplicity of the Christian Gospel. They go out each Sunday Morning as a nice diversion from the normal flow of tweets. Hopefully, the messages have spoken to someone with what they needed to hear at that moment.

Then, there have been the foursquare tweets. I really enjoy experimenting with location based technology. Foursquare and Gowalla came along at just the right time, making it fun to tell the world where you are and what you are doing there. I don’t tweet all my foursquare updates, but each of my 30 or so mayorships have been tweeted, along with the subsequent oustings. It’s harmless fun.

The conference tweets have been engaging. Taking part in the “back channel” during a webcast or a conference session is invigorating for a wise cracker like me. In the past, I had to whisper to a friend and snicker. But now with twitter, I can make my comments and often times they are picked up in real time. I remember a webinar when it moved from education to sales talk. I tweeted “Uh Oh, I hope this doesn’t turn into a sales pitch”. That got retweeted a few times with the webinar hash tag, and I think it may have turned the conversation away from where it was going.

I got the bright idea to gather a listing of blog posts from the recent 2.0 conference. Using the wiki from pbworks.com, I set up a framework and tweeted it with the conference hashtag. Within 1 week, over 25 people from the conference contributed and it has grown into a very comprehensive summary of the conference.

Then there was the tweet that started a conference. I said something like "Thinking we should plan a Doylestown social business "barcamp" unconf. Any Ideas?" That one picked up very quickly and now we are off and planning our first Social Business Un-conference for this coming September.

One of the funniest exchanges was just after I launched a big software system at work. I remember tweeting “I just released my largest software project of my career, on time and on budget”. It got bounced from a friend in to a new friend in Australia. It was a Monday evening for me, and a Tuesday morning for him. I remember he said, something cute about me limiting scope or something, I chimed back with a few explanations and we had a quick round the world conversation right there. That’s the power of Twitter.

Then there was the day that we were all waiting for the Tsunami to hit . I remember tweeting a friend on and asking him how things were as they prepared for the waves to hit. We stayed in touch, I followed a few “breaking news” feeds and thankfully saw that it became a non-event for the 50th state.

So, 2000 tweets have come and gone. It is my contribution to the global conversation. 2000 tweets could become a 150 page manuscript. That’s a lot of writing, but mainly, it’s just an extension to the conversations I have every day. What’s great is that these conversations are reaching much farther and returning much more than I could in my limited daily conversations. I think the best thing about 2000 tweets is the many new relationships that have been built. Literally hundreds of new people are part of my social and professional circle now due to twitter. Many of which, I have met face to face and then continue to keep the conversation alive through the tweets. There is something special about having a crowd that I can always talk with and will always be willing to listen.

I’m looking forward now to see where the conversation will go next. 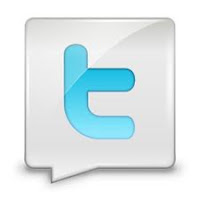