What's So Special About the iPad 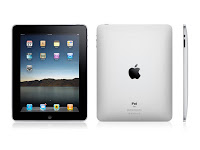 I admit, I am a bit of a gadget freak. In my suburban home shared by two parents and two kids, we have technology throughout: 3 laptops, 3 desktops, 2 iPhones, 3 iPods, Wii, Roku, Blue-ray, Netflix, screaming fast FIOS broadband (internet, tv, and telephone service), whole house DVR, and a house and yard covered by WIFI.


Yes, I also bought an iPad and have been using it now for 7 months. I find myself regularly hearing from friends and pundits who point out the limitations and say "I'll wait for the next generation.". In the meantime, I'm enjoying what I have today. Let me try to explain the appeal. I bet it will ring true to other early adopters and fellow iPad owners.
Say what you will about the lack of flash support, the difficulty typing, and the lack of ability to build complex spreadsheets and presentations. I'm tired of doing that stuff anyway. All I really want to do is simple short communications (tweets, email, blog posts and the like) and then quickly experience what the web has to offer in video, news, entertainment, and updates from my social circle. For that, the iPad is just right.


Thank You Apple for, yet again, not giving incremental improvements, but rather for dreaming up a new experience that we all wanted but never thought to ask for.
Posted by Jim Worth at 8:35 PM 4 comments: 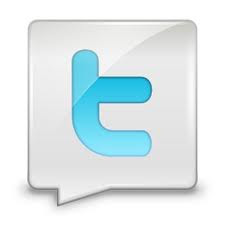 I've been on Twitter almost 2 years now and have some observations. I love the transparency and the "Work Out Loud" attitude it promotes. It truly is the nervous system of the Social Web.

Let me mention some basics first and then dig into it a little on how I think this simple tool is revolutionizing interactions on the web. First of all the basics:

The beauty of Twitter is the simplicity. When you put this all together, you have a constant ebb and flow of conversation. The conversations create community. Communities create relationships, and Relationships create lasting value. Let me give you some examples.

The transparency of twitter allows one to "overhear" a conversation. When two people you follow are messaging each other, you can monitor the conversation in your main twitter stream. It's interesting, you learn that a relationship exists just by witnessing the tweets.

Sometimes it's like "high school", you can see who is hanging with the "cool people". For example if there is a "rock star" on a particular subject (call him Jerry) and I see he and a good friend of mine (call him John) are having a back and forth conversation, I can watch and say "Hey, I didn't know John knew Jerry that well". John must be a "rock star" too. My opinion of John is elevated and I suddenly see him in a different light.

The openness of the platform makes it easy to join the conversation. Simply enter you thoughts with the twitter IDs of John and Jerry at the beginning and just like that, you are in the conversation as well. I think that is one of the great appeals of twitter, the ability to have meaningful converations and begin meaningful relationships with just a set of short messages.

Another great thing is the ability to join in and stay out at your convenience. Since the tweets are all captured, you can pick up the conversation later and not miss a thing. However, with the steady stream of tweets, many are missed. That's alright. If someone wants to catch your attention, they just need to enter your twitter name into a point for you and it shows in your @mentions stream.

Finally, there is nothing like the "now" effect of twitter. Again, a "rock star" may be on line tweeting and if you reply immediately, it is likely he or she will see it before it gets lost in the long stream of tweets from other fans. There is nothing else like the accessibility of those tweeting. Generally if you see a new tweet, you can bet they are online right now and reading what comes their way. Yet another way to cultivate the conversation and begin to build a relationship.

I wonder what you have observed in the subtlety of the interactions and relationships you have built in Twitter. Tweet me @jimworth or add your comments below.